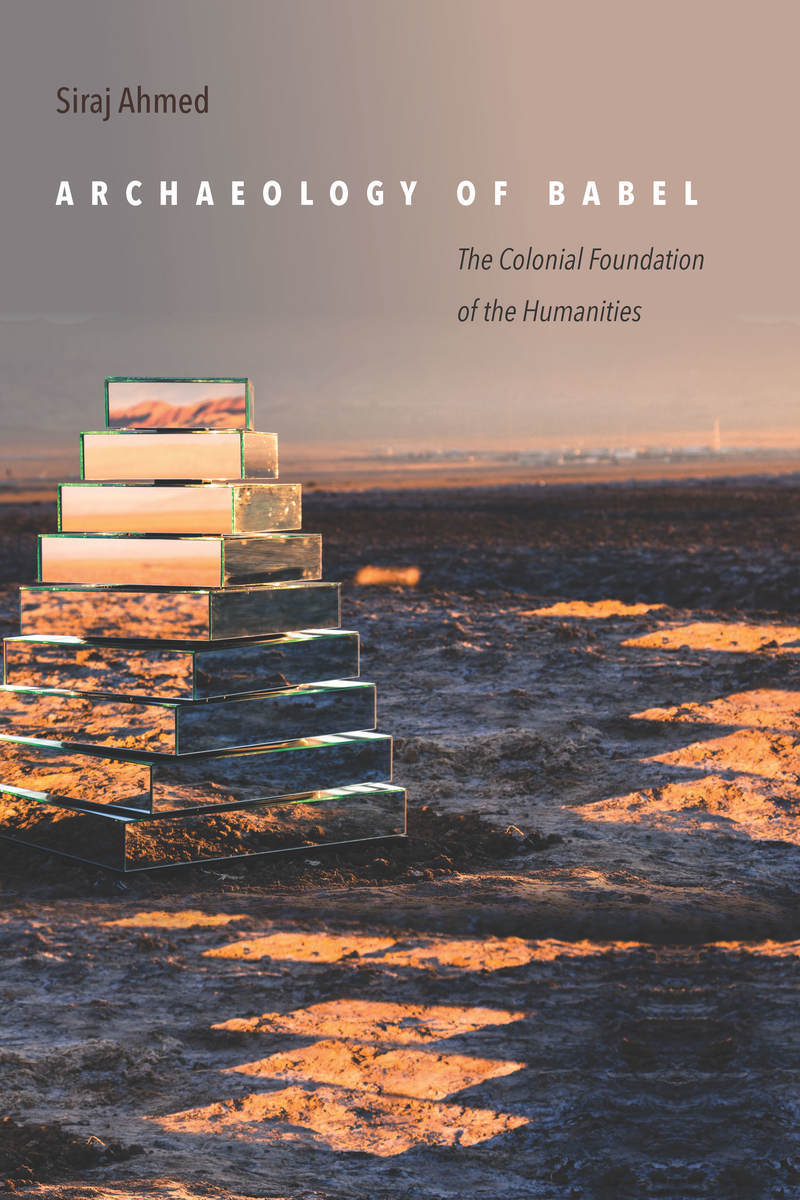 Siraj Ahmed’s study is a forceful, engaging as well as provocative contribution to a debate that seeks to deepen the understanding of the history of the humanities and bring it together with that of European colonialism and imperialism. Ahmed homes in on William Jones as a founding figure of modern humanist discourse. In three chapters, he proffers analyses of the main corpora of “Oriental” texts Jones worked on during his tenure in India: Persian grammar and poetry (Hafis, ch. 1); Shari’a legal traditions and Early Arabic poetry, in particular, the Mu’allaqat (ch. 2); and the Sanskrit traditions of Shakuntala and the so-called laws of Manu (ch. 3).

As is well known, Jones’s translations played a major role in the cultural transfer, or cultural appropriation, of these bodies of texts in European scholarly debate (though perhaps a less exclusive role than Ahmed often appears to suggest). Ahmed sets out to demonstrate how Jones’s philological studies intersected with, in fact served, colonial policy and administrative reform; and he offers incisive accounts of how philology distorted the meanings and contexts of the given corpora, and how European fantasies about civilizational origins conspired with the textual traditions of West and South Asia to obscure the histories of those who had lived as non-scriptural subalterns in pre-colonial regimes. Since the study pursues a critique of European historical discourse as such, with a move borrowed from Foucault, Ahmed defines his project as an “archaeological” one (the chapters are labeled “strata”).

The guiding principle is to revise Edward Said’s approach to “Orientalism” and, in the process, render it more radical, by transforming it into a profound critique of the nexus of power and writing in textual traditions as such. Said, by contrast, had believed in the liberating powers of scriptural traditions both within and outside the ambit of Europe. Yet for Ahmed, the most drastic shortcoming of European scholarship turns out to have been its unquestioning contribution to the imperial appropriation of scriptural power. Colonial rule, certainly in South Asia, but by implication also elsewhere, was established when European scholars got hold of textual traditions that already embodied distributions of political power – as well as debates on and challenges to political power – and then leveled these uneven terrains in order to set up European (or merely British?) rule. In this undertaking, Ahmed’s slender, prize-winning volume is certainly successful. Further debate on Orientalism, on the history of the humanities more generally, and of the history of the nexus of scholarship and power in colonialism, will have to reckon with his argument. Although this argument is primarily formulated as a contribution to literary theory, there is also good reason for historians to take it into account.

The chapters target, within the ambit of Jones’s activities, (1) the emergence of the category of “the literary”, that is to say, the understanding of literature as pure subjective expression on which an understanding of “world literature” is then built; (2) the category of the “immanence” of a culture’s “principles” in its textual traditions; and (3) the category of the power of textual traditions to represent the “originary” state of humanity. The very categories in which contemporary “western” humanities think about literature, textuality, culture, and history, are thus to be understood as products of the history of colonial invasion and oppression.

Perhaps the treatment of “immanence” is Ahmed’s most original contribution, seeing as the modern concept of literature has been a target of critical debate since (at least) Foucault’s times, and the critique of unfounded assumptions about origins has also animated many preceding debates. The merit of Ahmed’s study is to synthesize these – and related – critiques into a comprehensive account of the linkages between Jones’s scholarship and his work as colonial judge and administrator in Bengal. Jones’s “philological” work – his political writings, in which he was, among other things, a supporter of the American Revolution and not simply a champion of British supremacy claims – was consistently bent on establishing stabilized, secure texts the philologist pretended to “understand” better than the traditions of scholarship from which he had learned about them. This pattern, to be sure, is well known in the history of imperialist scholarship.

The strongest, most eye-opening portions of Ahmed’s chapters tend to be those in which he provides interpretations of Jones’s base texts that uncover the profundity of European misreading. For the Persian Hafiz corpus, for instance, he develops an intricate and fascinating argument about the poet’s stance as an outsider adherent of specific, political manifestations of Sufism. Hafis thus becomes the model of a resistant, subversive poetic voice that is the key target of Ahmed’s interest. European interpreters of Hafis picked up on his non-conformism, yet his poetry is not to be read simply as “expressing” an experience of life or juxtaposing such an expression with a legalist religion.

For the Shari’a tradition Jones belabored, Ahmed demonstrates – perhaps the most familiar of his interpretive strategies – how the European understanding of legal textuality smothered the oral practice of adjudication to which the corpus was tied. For the Mu’allaqat, he deconstructs the longstanding interpretation of this collection of long poems as a manifestation of Bedouin resistance to statehood. By contrasting the use of writing with the anthropological record of how oral poetry functions in Bedouin societies, Ahmed argues that the written tradition of the anthology expresses a state-driven – and male – claim to power that suppressed resistant, not least female voices. European readers missed the power structure inherent in the transfer of the corpus into writing; and they similarly missed the enhanced power structure its transfer into print culture established.

For the Sanskrit traditions of Manu and Shakuntala, Ahmed skillfully, albeit somewhat speculatively, develops an argument that turns these traditions into records, not of cultural origins, but of the violent establishment of agriculture-based kingship in South Asia. This line of interpretive argument is perhaps the most problematic, inasmuch it requires a problematic amount of mere historical posits, which tend to be justified by a vivid critique of the complicity of evidentiary, writing-based practices of historical research with the land-grabbing of imperial powers. The idealized indigeneity that sometimes appears to orient Ahmed’s argument for the possibility of escaping from the colonial corruptions of all humanist thinking also functions as an empty signifier for a historical future bending into a deep historical past. This said, the argument is nonetheless fascinating as an exercise of thought.

The effort of reading Jones’s traditions against Jones yields the book’s most stimulating results. A similarly stimulating reading of other European scholars’ efforts is not carried out. The critique, it is true, is comprehensive and often creative. Yet, it displays a tendency to overstate the continuities of XIXth century scholarship. The humanities are thus deprived of their ability to revisit, revise, and replace knowledge claims, even though Ahmed’s own book relies on the findings of XXth and XXIst century scholarship of varied provenance to establish his critical readings and revisionist interpretations. The argument about Hafis, for instance, is convincing precisely as an historical argument that identifies relevant contexts and re-interprets the source texts precisely in the manner in which, one presumes, scholars are trained to do at university. If the alternative cannot be distinguished from what it is meant to replace, it remains uncertain what it would mean to substitute “archaeology” for “historicism”. If there is no outside to a comprehensive structure of complicity, one is either in a truly tragic or in a truly paranoid situation, a somber alternative.